As well as giving tuition to larger groups and at schools, I really enjoy teaching individuals and small groups in my own workshop. It’s great to see what people choose to make when given the timber and tools and a chance to have a go.

They also get the chance to learn with a qualified and insured tutor who is one of the most experienced carvers currently working in the area. I am experienced in and can teach all kinds of carving, large or small scale.

Learners can use a wide variety of my own tools; from tiny gouges, through knives and axes to power tools. I try to give the important information that allows someone to be able to buy and maintain their own tools and continue carving at home.

If you have a woodcarving idea, I can probably help you to make it.

Will Barsley spent two days learning with me in 2013. He is now studying woodcarving at the City and Guilds College in London and writing about carving in publications and on his blog. Will has thanked me for the tuition that started him on his career, saying:

‘Thank you so much for today and last week for that matter.
Have really enjoyed the lessons and is so nice to have the opportunity to work with all your tools. ‘

‘you were my first tutor and really helped stoke the fire of my interest in becoming a wood carver.’

For those who may not know what a ‘stag do’ is, it is a tradition in Britain for a man who is about to be married to get together with his friends (usually, but not always, male) and have a party. The ‘hen do’ is the woman’s equivalent. They are often marked by a lot of drinking!

As a twist on the usual festivities, one group came to my studio to learn to how to carve. Two people learned how to use axes, knives, drawknives and other green woodworking tools to make spoons.

The others learned how to carve relief carvings in oak using a variety of traditional tools.

I thought that it was a really nice idea, getting together to learn new skills with friends at this time. Everyone seemed very happy with the work that they produced too. If this idea appeals to you, feel free to get in touch.

I’ve taught woodcarving and woodworking skills to groups of children and young people for many years and really enjoy seeing them learning the practical skills involved, so that they can use the tools in a safe and efficient way.

Previous groups have included youth clubs, schools, young people with learning difficulties and groups who were having problems at school as well as passing children in parks and festivals. Pretty much all possible kinds of young learner!

I also hold an enhanced DBS check, as well as being a trained forest school leader.

Previous commissions have also included cutting up pieces of a beloved oak tree that had to be felled at Braishfield primary school in Hampshire, then teaching the pupils and staff to carve their own artworks to take home using the timber.

I also spent four and a half years working with disengaged young people and groups with learning difficulties at the Boiling Wells nature reserve run by St Werburghs City Farm in Bristol. We covered a huge range of skills, ranging from firelighting and traditional woodcarving to designing and building new structures on site.

I have over twenty two years of carving experience and have been teaching woodworking classes to people of all ages for over ten of them. It feels great to share my passion for and knowledge of the subject with others. I have experience in teaching not only woodcarving, but also the specialist skills needed to work with unseasoned ‘green’ wood as well as more general carpentry and joinery techniques.

The picture above shows one of several green woodworking courses that I ran at Boiling Wells in Bristol, in partnership with St Werburghs City farm and with funding from the Radcliffe Trust.

Nowadys, I often teach one-off days rather than courses, for groups of six to eight people at a time. Learners will be taught so much in the day that it is frequently enough!

Unlike some other tutors, I don’t just teach what is needed to make a particular object. Instead, lessons focus on what tools to buy, where to get them, how to use them safely and efficiently and how to keep them sharp, if necessary. That way, if a student wants to continue after the session, they have all the knowledge and skills to do so in whichever direction they choose. Get in touch if you’d like more information.

I’m a qualified teacher in the Lifelong Learning sector and have taught woodcarving and woodworking skills to adult groups in all kinds of situations. Over more than ten years, these have included;  festival goers (including at Glastonbury and the Green Gathering), corporate groups, the NHS, private tuition sessions and also working in partnership with community organisations.

Venues have ranged from muddy fields to my own studio in Bristol with the participants ranging in age from 18 to over 80 years old ( I can’t be more specific as it seemed rude to ask!).

This project was run in collaboration with the Wild City Project and LinkAge in Bristol. A group of local people, including disengaged young people and older volunteers, worked together successfully to produce a carved wooden bench that was installed in a local nature reserve.

Several groups that I’ve worked with have included a range of ages. In workshops for Bristol City Council’s ‘Learning Communities‘ project in the St Annes Park area of Bristol, participants were encouraged to bring their children along and together they carved noticeboards.

If you are interested in learning woodcarving, green woodworking or other woodworking skills with a group of adults or with participants who are a range of ages, then get in contact with me.

I’ve previously worked with both young people and adults with learning difficulties. I worked with adult learners through an organisation called ‘Treedom’ (teaching woodworking skills) and for Bristol City Council teaching their Foundation arts and crafts course. I really enjoyed both jobs and meeting the people that I worked with, some of whom were great characters and a lot of fun to spend time with!

I have also worked with several groups of young people with learning difficulties at St Werburghs City Farm in Bristol and found it not only a lot of fun, but also very rewarding. Getting them to work together to achieve some really good results was great to see.

If you have a project in mind involving working with people who have learning difficulties, I’d love to hear from you. I also hold an enhanced DBS check. 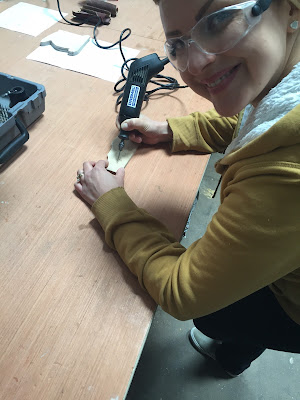 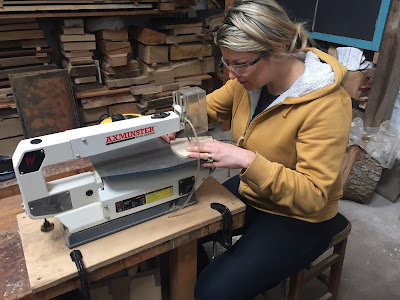 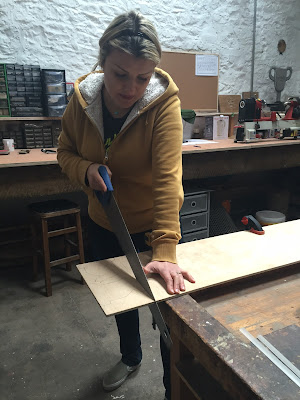 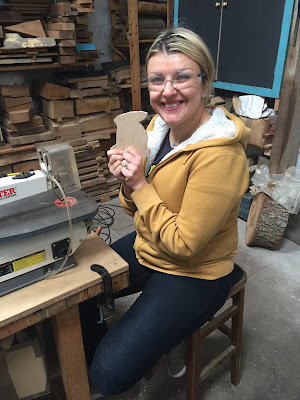